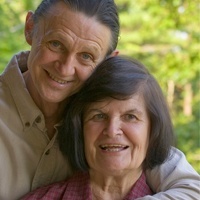 In 1976, John Eastcott and Yva Momatiuk abandoned the usual expectations of Western culture to live with a group of Umingmaktormiut Inuit people in the Canadian Arctic. This adventure led to the first of eight articles Eastcott and Momatiuk contributed to National Geographic magazine. The two have explored the world’s cultures and wild sanctuaries for 35 years, traveling from the Pribilof Archipelago to the Australian Outback, from the Louisiana swamps to the grasslands of Wyoming and from Patagonia to Northern Labrador.

Eastcott and Momatiuk believe in documenting environmental concerns in an effort to protect what they love. This has led them to work with the Audubon Society, Wildlife Conservation Society, Smithsonian Institute, Defenders of Wildlife and The Nature Conservancy. Their images have earned awards at Pictures of the Year International and they have been named BBC Wildlife Photographers of the Year.