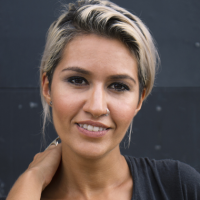 A Muslim-identified Afghan woman raised in New York City, Wazina Zondon is a sexuality educator and trainer who focuses on intersectional identities. In addition to speaking about the connections between homophobia and Islamaphobia, Zondon is the co-writer and co-performer of Coming Out Muslim: Radical Acts of Love, a personal storytelling performance capturing the experience of being queer and Muslim.

When she’s not agitating and reclaiming radical Islam, Zondon teaches sex education at an all-girl public high school in Brooklyn. She also co-hosts Follow That Flannel, a silly but informative sexuality podcast.