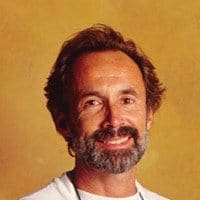 Walter Iooss has been a professional photographer since the age of 19, shooting a cover for Sports Illustrated when he was 20. With a career spanning over four decades, he is considered to be one of the world’s most preeminent sports photographers.

He is best known for his work seen on nearly 300 Sports Illustrated covers, inclusive of the Swimsuit Editions, as well as his portraits of famous athletes like Michael Jordan, Ken Griffey, Jr., Brett Favre, Joe Montana and Wayne Gretzky. In his career, he has covered virtually every major sports event, including all 43 Super Bowls.

In 1982, his project on athletes who were working their way to the 1984 Summer Olympics in Los Angeles resulted in publication of the book Shooting for the Gold. He has published a variety of other books, including Baseball, Football and Sports People. He also created a masterful photo essay with Michael Jordan titled Rare Air.