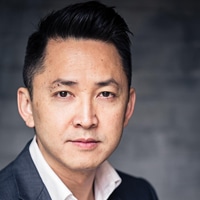 Viet Thanh Nguyen’s novel The Sympathizer is a New York Times best seller and won the Pulitzer Prize for Fiction. Other honors include the Edgar Award for Best First Novel from the Mystery Writers of America, the Andrew Carnegie Medal for Excellence in Fiction from the American Library Association, the First Novel Prize from the Center for Fiction, a Gold Medal in First Fiction from the California Book Awards and the Asian/Pacific American Literature Award from the Asian/Pacific American Librarian Association. His other books are Nothing Ever Dies: Vietnam and the Memory of War and Race and Resistance: Literature and Politics in Asian America. He is the Aerol Arnold Professor of English, and an associate professor of American Studies and Ethnicity at the University of Southern California.