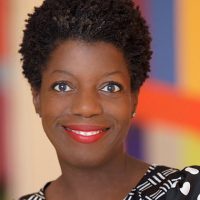 In 2010 President Obama appointed Golden to the Committee for the Preservation of the White House and she joined the board of directors at the Barack Obama Foundation in 2015. She serves as the 2015–16 Chair of New York City’s Cultural Institutions Group and was appointed to the Cultural Affairs Advisory Commission by Mayor Bill de Blasio. Golden is the recipient of the 2016 Audrey Irmas Award for Curatorial Excellence.