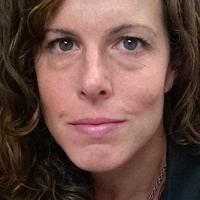 Susannah Ray‘s project, “What are the Wild Waves Saying,” was the subject of a 2013 solo exhibition at Bonni Benrubi Gallery and was also featured in the exhibition Rising Waters at the Museum of the City of New York. Ray’s work has been shown in numerous group exhibitions, notably at the Alice Austen House, The Princeton University Museum of Art, the NYC Parks Department Arsenal Gallery, the Queens Museum and the Bronx Museum of Art. She is an Associate Professor of Photography at Hofstra University.