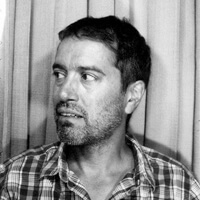 Stefan Ruiz has taught art at San Quentin State Prison in California. He was the creative director for COLORS Magazine, and his work has appeared in many magazines, including The New York Times Magazine, The New Yorker, Financial Times Magazine, Vogue and Rolling Stone. In 2016, his work appeared in the exhibition Public, Private, Secret, the inaugural show at the new ICP Museum in New York. His photographs have also been exhibited at the Photographers’ Gallery, PhotoEspaña, Les Rencontres d’Arles, New York Photo Festival, Havana Biennial and the Contact Photography Festival in Toronto.