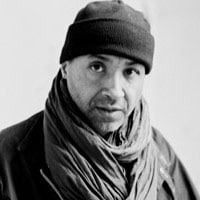 Photographer Stanley Greene was born in New York in 1949. As a teenager, Greene was a member of the Black Panthers and an anti-Vietnam War activist. A founding member of SF Camerawork, an exhibition space for avant-garde photography, Greene has photographed wars and poverty in Africa, the former Soviet Union, Central America, Asia and the Middle East.

He has won five World Press Photo awards for his work around the world. His photos have been published in Libération, The New York Times Magazine, Newsweek, Rolling Stone, Paris-Match, Time, Stern and Fortune, among others. He was awarded an Alicia Patterson fellowship in 1998, the prestigious W. Eugene Smith Award in 2004 and the Katrina Media Fellowship from the Open Society Institute in 2006.