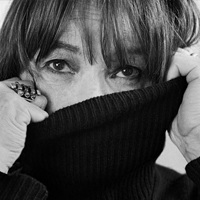 Ruth Ansel made her debut as a designer as one of the youngest art directors in the history of magazines for Harper’s Bazaar in 1962. Ever since, she has pushed the boundaries of magazine design.

In a career spanning nearly five decades, Ansel has been responsible for era-defining magazine pages and covers for numerous publications such as The New York Times Magazine and Vanity Fair. Her design studio also designed campaigns for Versace, Karl Lagerfeld and Club Monaco. Ansel has received the Gold Medal for Design and the Society of Publication Design Award for Continuing Excellence in Publication Design, and was inducted into the Art Directors Hall of Fame.