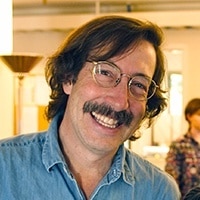 Rick Smolan is a former Time, Life and National Geographic photographer best known as the creator of the Day in the Life book series – the bestselling photo books that captured life in America, Japan, Australia, the Soviet Union and other countries in the 1980s – as well as America 24/7. As CEO of Against All Odds Productions, Smolan’s projects focus on capturing the human face of emerging topics and specialize in the design and execution of large-scale crowd-sourced global projects that combine compelling storytelling with state-of-the-art technology. His projects result in bestselling illustrated books, TV specials, apps, exhibits and hundreds of millions of media impressions.

Smolan’s book From Alice to Ocean is based on a National Geographic cover story that he photographed about Robyn Davidson, a young Australian woman who traveled solo across the Australia outback accompanied only by camels. Her adventure is considered one of the five most memorable stories in National Geographic‘s 125 year history. Davidson’s narrative of her trip, Tracks, became a classic and bestseller. The book has now been turned into a film by the Oscar-winning producers of The Kings Speech, starring Mia Wasikowska as Davidson and Adam Driver as Smolan. The movie premiered to glowing reviews at the recent Venice, Telluride and Toronto Film festivals.

Smolan’s most recent project was The Human Face of Big Data, which looks at how all of our devices are creating a planetary nervous system and that the massive gathering and analyzing of data in real time is suddenly allowing us to address some of humanity’s biggest challenges, including pollution, world hunger and illness.

When there is no one to remind you what society’s rules are, and there is nothing to keep you linked to that society, you had better be prepared for some startling changes.