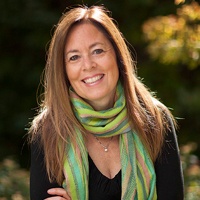 Renée C. Byer is an American photojournalist and multimedia field producer for The Sacramento Bee. She is best known for her in-depth work focusing on the disadvantaged and those who would otherwise not be heard or seen. In 2007, her ability to produce photographs with profound emotional resonance and sensitivity earned her the Pulitzer Prize for feature photography. She was also a Pulitzer Prize Finalist in 2013 and has received dozens of national and international honors, including the World Understanding Award from Pictures of the Year International (POYi). Byer’s internationally acclaimed book, Living on a Dollar a Day: The Lives and Faces of the World’s Poor, illuminates the stories of people living on the brink of survival and invites us to put an end to extreme poverty. In 2014, Byer’s book was honored with an International Photography Award (First Place: Documentary Book).

Known for her ability to translate stark statistics into images that connect viewers to our humanity and effect meaningful change, Byer has traveled throughout North and South America, Africa, Asia and Europe. Her stories, which cover some of the most important issues of our time, have deepened our understanding of the California drought, climate change, extreme poverty, genetically modified food, healthcare, women at war, domestic violence and, most recently, the plight of Afghan Special Immigrant Visa (SIV) holders as they face poverty and violence in the U.S.

Byer’s photographs have appeared in exhibitions throughout the world (notably Visa pour l’mage: International Photojournalism Festival) and publications such as Paris Match, National Geographic, Time, and Newsweek. Valued for her critical insight, she has served for 10 years as a judge for the prestigious DAYS JAPAN International Photojournalism Awards and was invited to join UNESCO’s Who’s Who of Women Speakers in 2016.