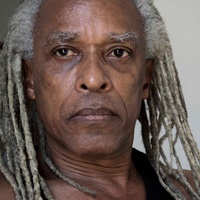 Cuban photographer René Peña describes his work as an examination of the relationship between social institutions and the individual. He is interested in the duality between individuals who carry their own ideologies, but are constantly shaped and reshaped by family, religion, athletics, and other institutions that “carry their own ideologies with them.”

Considered one of the top photographers in Havana, Peña was never formally trained and took his first photos with a family camera when he was just 8 years old. His subjects are often from the Cerro neighborhood of Cuba in which he lives, documenting its African-Caribbean residents. Best known for the stark contrast of his black and white pictures, Peña has recently experimented with digital and color images.