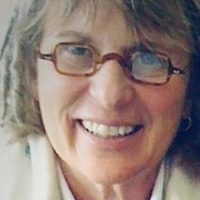 Patricia Lanza began her career at the National Geographic Society — first as a photo researcher, then as a photography editor, followed by eight years as a contract photographer, when she had over 700 pictures published. Assignments have taken her to 48 countries for a variety of national and international clients and publications, including a contract with the Herald Tribune Syndicate for both writing and photography.

She began working for the Annenberg Foundation in 2005, researching an idea and writing an initiative on the uses of photography and digital media for Wallis Annenberg, the Foundation’s Chairman, President and CEO.

In 2009, the Annenberg Space for Photography opened. As the Director of Talent & Content, Lanza is responsible for creating and carrying out Wallis Annenberg’s vision through themed programming and photographic exhibitions.

The Annenberg Space for Photography has won the Julius Shulman Communications award and the Lucie Award for Exhibition of the year for Beauty CULTure.