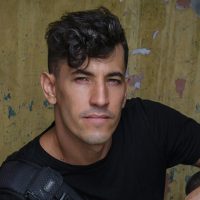 In 2005, Orlando García received his university degree at the Higher Institute of Industrial Design, with the intention of pursuing work as an engineer. Influenced by his twin brother—photographer Eduardo Garcia—he began as a self-taught street photographer and launched his professional career in 2011.

García has participated in several exhibitions, including four solo shows, and with his brother, in more than 25 collective shows in Cuba, Germany, the United States, Mexico, Italy, Cambodia, Peru, Bolivia, Argentina and Canada. Garcia’s photographs are also in private collections worldwide.