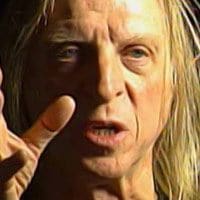 Ex-medical doctor Norman Seeff emigrated from South Africa to New York in 1968 to pursue a career as a photographer, filmmaker and designer. Three years later, he relocated to Los Angeles as Art Director at United Artists Records, where his album cover designs and photography received many Grammy nominations.

He went independent in 1975 and has worked with hundreds of artists including Ray Charles, The Rolling Stones, Miles Davis, Ike and Tina Turner, Michael Jackson, Joni Mitchell and many others. Seeff is now engaged in documentary filmmaking focusing on the exploration of the inner dynamics of the creative process.