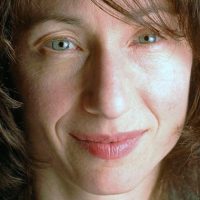 Nina Berman is a documentary photographer, author and educator, whose photographs and videos have been exhibited at more than 100 international venues including the Whitney Museum of American Art, the Museum of Fine Arts Houston, the Portland Art Museum and Dublin Contemporary. She has received awards from the New York Foundation for the Arts (NYFA), the Open Society Foundation, World Press Photo and Hasselblad, among others.

Berman is the author of two monographs: Purple Hearts – Back from Iraq and Homeland, which examine the aftermath of war and the militarization of American life. Her photographic series “Marine Wedding” was exhibited at the Whitney Biennial 2010, and is considered an iconic work on the Iraq war. She is an associate professor at Columbia University and a member of the Amsterdam based NOOR photo collective.