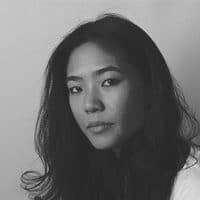 Nicole Tung is an American citizen who was born and raised in Hong Kong. After covering the conflicts in Libya and Syria extensively, focusing on the plight of civilians, she spent 2014 documenting the lives of Native American war veterans in the US, as well as former child soldiers in the DR Congo and the protests in Hong Kong. She has received multiple awards for her work and has her images included in various exhibitions.

When I got the film back, it struck me as more powerful than just writing, so I started working on photography.