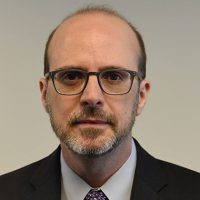 Nick Adams is the director of GLAAD’s Transgender Media Program and a resource for members of the entertainment industry or media who tell the stories of transgender people. He has worked at GLAAD since 1998, when he was transitioning himself. Adams wrote GLAAD’s first Transgender Media Reference Guide in 1998, which the Associated Press, Reuters and The New York Times subsequently used to improve their own style guides.

Adams has worked with dozens of TV shows to help them create authentic transgender characters, including the Peabody Award-winning depiction of a trans teen on TeenNick’s series Degrassi. While researching for Diane Sawyer’s interview with Caitlyn Jenner, ABC News consulted frequently with Adams on issues affecting the transgender community. He has led training sessions on how to fairly and accurately portray transgender people for executives at Viacom, Fox, CBS, MSNBC, E!, Bravo, Oxygen and other networks.