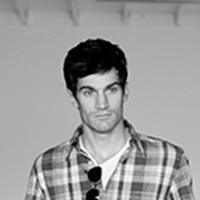 Raised in Maryland, Nicholas Alan Cope moved to Los Angeles in 2004 and attended Art Center College of Design. Since graduating Nicholas Cope has worked for a number of commercial and editorial clients while also working on personal projects. His first book Whitewash was released by powerHouse Books in April of 2013. He is currently based in New York City.