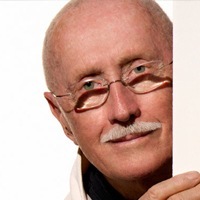 Neal Barr opened his photo studio in New York City in 1962, specializing in fashion and beauty assignments for magazines and advertising agencies. Between 1963-1965, Barr shot eight covers for Sports Illustrated, including boxer Cassius Clay’s first SI cover. From 1966-1974, he was a contributing photographer to Harper’s Bazaar, frequently photographing the French couture collections. In 1968, his photograph of Naomi Sims for the cover of Ladies’ Home Journal broke the color barrier for mainstream women’s magazines.

After 43 years in New York City, Barr relocated his studio to Ventura, California where he concentrates on photographing a book project of his own collection of 1920’s vintage fashion. Barr’s images have been exhibited at the Staley-Wise Gallery in New York and the Costume Institute at the Metropolitan Museum of New York, and have been purchased by collectors worldwide.