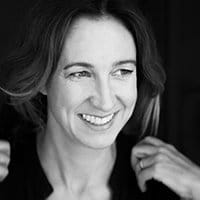 Photographer Michele Asselin is known for her formal portraiture that examines individual identities within larger social constructs. She began her photographic career in the Middle East where she briefly worked for the Associated Press covering current events, primarily in the Gaza Strip and the West Bank. After moving back to the United States, Asselin lived in New York and worked as an editorial photographer, with work featured in The New Yorker, The New York Times Magazine, TIME and more. She is currently working on a new series about the closing of Hollywood Park Race Track titled The Clubhouse Turn.