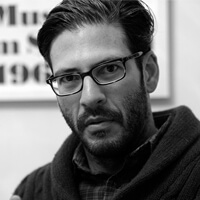 Michael Magers is a documentary photographer and journalist based in New York City.  He is a frequent collaborator with the award-winning team at Roads & Kingdoms and served as the lead photographer on their highly-reviewed books, Rice, Noodle, Fish and Grape, Olive, Pig. His images are exhibited both in the U.S. and internationally, and have appeared in a wide range of publications including Time, Outside Magazine, The California Sunday Magazine, Saveur.com, New York Times – T Magazine (via an Instagram takeover), Internazionale and L’oeil de la Photographie. Magers’ ongoing project documenting craft in Japan, “Shokunin,” was a Photolucida Critical Mass 2016 Finalist.