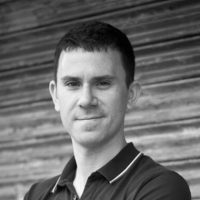 Michael Joseph‘s portraits are made on the street, unplanned and up close to allow the viewer to explore the immediate and unseen. Joseph’s project “Lost and Found” was featured on CNN.com, AllAboutPhoto.com, the Social Documentary Network and published in magazines internationally. He has exhibited nationally, notably in the Aperture Gallery, Project Basho Gallery and the Rayko Gallery.