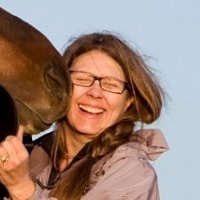 Melissa Farlow has worked extensively in the American West for National Geographic. Her work includes stories focused on public lands and mustang herds. Her photojournalism has also documented the culture and climate change in the Alps, West Virginia’s mountaintop removal mining and life along the Pan American highway. Themes of land and people are chronicled in her projects on the following regions: Alaska’s Tongass forest, Okefenokee Swamp, Meadowlands and the National Road in the United States.

Farlow has worked as a staff photographer at the Pittsburgh Press and Courier Journal. For two years, she chronicled Pittsburgh’s changing downtown for the Heinz Endowments. She has received awards from Pictures of the Year International as well as a Pulitzer Prize for a group project in Louisville, KY.