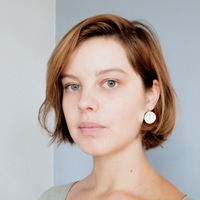 Maroesjka Lavigne‘s work has been shown internationally at the Foam Talent exhibition in Amsterdam, The Robert Mann Gallery in New York, Galerie Hug in Paris and Museum Saint Guislain in Belgium, among others. In 2015, Lavigne made a commissioned work, “Not Seeing Is A Flower,” in collaboration with the Flanders Centre in Osaka that was published in Facing Japan.

Her latest project, “Land of Nothingness,” is being exhibited in the Robert Mann Gallery in New York. She was selected for the Talent Call at Fotomuseum Amsterdam (FOAM) Netherlands 2012 and was the winner of the Emerging Talent Competition of Lensculture in 2014 with the series “You Are More Than Beautiful.” In 2015, she won the Harry Penningsprijs in the Netherlands.