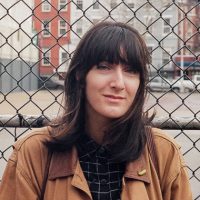 Maggie Shannon is a photographer whose images have been featured in Martha’s Vineyard Magazine, The Artist Catalogue, Alice Magazine, Musee and Nuvo, among others. Her work has also been shown internationally in Boston, New York, Korea, England and Zimbabwe. She received an honorable mention in CCNY’s 2013 National Juried Competition by Juror Justine Kurland and was a winner of Magnum Photos’ “30 Under 30” competition.