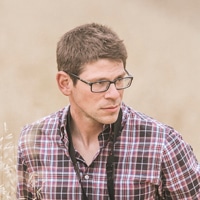 Lucas Foglia‘s work has been widely exhibited in the United States and in Europe, and is in the permanent collection of museums including the Denver Art Museum, Museum of Fine Arts Houston, Philadelphia Museum of Art, San Francisco Museum of Modern Art and Victoria & Albert Museum. Foglia’s first and second monographs, A Natural Order and Frontcountry, were published to international critical acclaim.