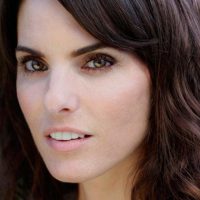 Liz O. Baylen, a California native, has been a staff photographer at the Los Angeles Times since 2007. She specializes in intimate, long-term projects and approaches them with an empathetic eye and keen intellect. Many of Baylen’s projects are home grown, covering important issues affecting the community in which she lives.

Baylen is a three-time Pulitzer Prize finalist, most recently in 2013 for her poignant work on the prescription drug epidemic. She wields both still and video cameras, but has an evolving role as a creative director and producer on projects for the newspaper.