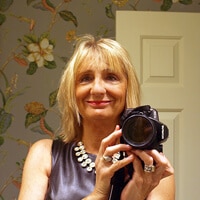 Lisa McCord is a fine art and documentary photographer from the Arkansas Delta who lives and works in Los Angeles and Arkansas. Her color and black & white photography focuses on her experiences on her family’s cotton farm, allowing the camera to take her places both in the past and present, creating photographs that explore her memories.

McCord received her B.F.A. from San Francisco Art Institute and an M.F.A. from California Institute of the Arts. She also attended New York University, Le Contrejour, Paris and the Visual Studies Workshop in Rochester, New York. Her work has been shown in the U.S. and internationally. McCord’s work is held in the collections of the Arkansas Arts Center, Little Rock, Arkansas and the Memphis Brooks Museum of Art, Memphis, Tennessee. In 2015 and 2016, she was named as one of the top 200 finalists by Critical Mass.