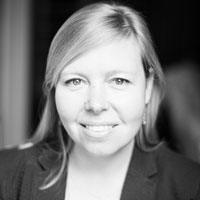 Leslie Knott is an award-winning filmmaker and photographer who has focused most of her career on documenting the lives of refugees. Her first film, Out of the Ashes, followed the extraordinary three-year journey of Afghanistan’s cricket team from the refugee camps of Pakistan to the Cricket World Cup. In 2013, she was nominated for an Academy Award for Buzkashi Boys, a short feature shot on location in Afghanistan. In 2014, she received an Emmy nomination for “Kim Vs. Kabul” in Dan Rather Reports.

Knott has spent more than a decade working in Afghanistan, with many of her films focused on the lives of women, including Giving Birth: A Risky Proposition, Spirit Indestructible, Behind the Veil, 10×10 and Half the Sky. In 2011, Knott joined forces with Clementine Malpas to set up Tiger Nest Films. Their films are broadcast internationally, as well as for charities and UN agencies.