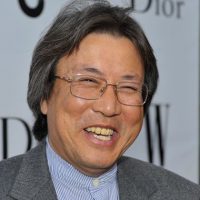 Lawrence K. Ho immigrated to the United States from China in 1972. He earned a B.A. degree in Communications from Long Beach State University in California, and began his career as a photojournalist at the Herald Community News. In 1986, he joined the photography staff of the Los Angeles Times and won the Pulitzer Prize for their coverage of 1992 Los Angeles Riots and the 1994 Northridge earthquake.