Skip to main content
May God Be with You My Daughter…
Photo by: Kiana Hayeri 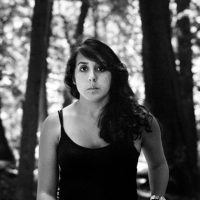 Kiana Hayeri grew up in Tehran, Iran and migrated to Toronto while she was still a teenager. Faced with the challenges of adapting to a new environment, she took up photography as a way of bridging the gap in language and culture. After an incident in her personal life, while still in university, she packed her life in a backpack and started a nomad life to search for a place that could be called home. She has worked internationally but remained focus on stories that illuminates her background. Her self-initiated and self-funded projects often explore complex topics such as migration, adolescence and sexuality. She is currently working on a long-term multi-phase project documenting the lives of youth and their culture in societies dealing with oppression or conflict.

Kiana was an IAAB fellow in 2011 and completed a CIS artist residency at MIT University in the following year, 2012. In 2014, she was named as one of the emerging photographers by PDN 30 Under 30. In 2016, she was selected for IWMF fellowship to report on her proposed story in Rwanda and DRC. Kiana is a TED fellow and her work has appeared in Le Monde, Der Spiegel, Washington Post, Sunday Times Magazine, Monocle Magazine, Aljazeera America and CBC, among other. She is currently based out of Kabul, Afghanistan, covering the region.