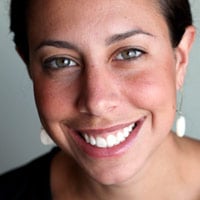 Katie Falkenberg has spent the last five years documenting pressing social issues in the United States and abroad, including the environmental and human toll of mountaintop-removal coal mining in Appalachia, the health care crisis in the United States and domestic violence in Pakistan. Most recently, Falkenberg has begun incorporating audio and video with her still photography, giving subjects a voice and providing viewers with a more personal story.

Falkenberg began her career in Washington, D.C., where she covered the White House and Capitol Hill as a freelance photographer. After graduate work at Ohio University, she joined the staff of The Washington Times, where she worked on a variety of features and covered both the Bush and Obama administrations. In March 2010, Falkenberg moved to California and became a freelance photographer on contract with the Los Angeles Times .

Her photography and multimedia work have received awards from POYi, the White House News Photographers Association, Editor & Publisher and the National Press Photographers Association. Her short film, Uninsured in the Mississippi Delta, was selected for the Media That Matters 2010 Film Festival, where it received the Human Rights Award. Her work has appeared in The New York Times, The Los Angeles Times, Time, Rolling Stone, GQ  and Vanity Fair, among others.