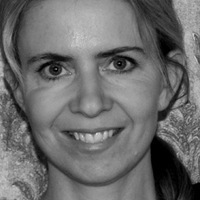 Julie Blackmon was named American Photo’s “Emerging Photographer of 2008” and one of PDN’s “30 New and Emerging Photographers” in 2007. She has been the recipient of various awards, including first prize from The Santa Fe Center for Photography in the Project Competition in 2006. Blackmon’s work is included in numerous museums and public collections, including that of George Eastman House, Nelson Atkins Museum of Art, Museum of Fine Arts, Houston, Kemper Museum of Contemporary Art, Kansas City and Portland Art Museum.