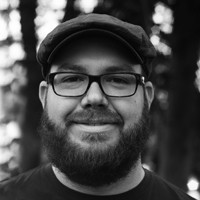 Joshua White is an assistant professor in the Studio Art Program at Appalachian State University in Boone, NC. He received his BFA from Northern Kentucky University, and an MFA in Photography from Arizona State University. His images have been shown in national venues such as the The Huntsville Museum of Art and the Griffin Museum of Photography in Massachusetts. His series “A Photographic Survey of the American Yard” was featured in the September 2015 issue of National Geographic Magazine.