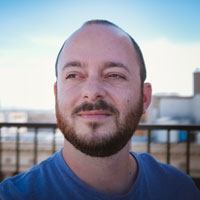 Joris Debeij is the founder and creative director behind I Am Los Angeles, which in turn spawned the festival renowned shorts The Bull Rider and Making it in America. His directing style combines strong elements of visual storytelling with detailed character studies, and reflects a deep interest in exploring sociologically relevant and emotionally charged subject matter. His short documentary Making it in America was selected to screen at the Sundance Film Festival in 2015. Debeij was also recognized by the Academy of Television Arts and Sciences with an Emmy Award for his contribution to the television documentary Invisible Cities in 2014.