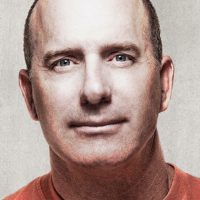 Joel Grimes has been working as a commercial advertising photographer for nearly 30 years. In 1990, he took a two-year sabbatical from his commercial work to produce a coffee table book entitled Navajo, Portrait of a Nation. The book received a number of photographic and design awards and was presented in an 18-month solo exhibit at the Smithsonian American History Museum.

Grimes’ assignments have taken him to every state across the USA and to over 50 countries around the globe. He has produced work for clients such as AT&T, Goldman Sachs, Hewlett Packard, Red Bull, Sony, Visa and Volvo. Aside from his commercial work, he teaches workshops and lectures across the country. He is also a contributor to Kelby Training, FramedShow.com and PhotoVision.