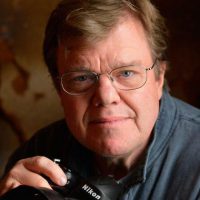 As a globetrotting magazine photographer, Joe McNally’s creative use of light has been the most notable aspect of his approach to shooting. Whether covering an editorial assignment for magazines such as TIME, Fortune and The New York Times Sunday Magazine, or shooting ad campaigns and corporate work for Fortune 500 companies, McNally embraces the power that light plays on a photo subject.

The recipient of numerous photo awards, McNally has been a contract photographer for Sports Illustrated, a staff photographer at LIFE and is an ongoing 25-year contributor to National Geographic. He teaches his craft globally and has penned several best-selling photo books. McNally also created “Faces of Ground Zero – Giant Polaroid Collection.” The resulting exhibit and book raised approximately $2 million for relief efforts.