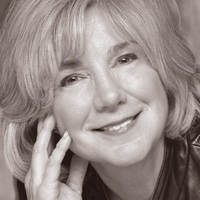 Jodi Cobb has spent three decades as a staff photographer with National Geographic magazine and has worked in more than 60 countries. She was the first photographer to document the hidden lives of the women of Saudi Arabia but she is perhaps best known for her book Geisha: The Life, the Voices, the Art, which was nominated for a Pulitzer Prize and won the American Society of Media Photographers Outstanding Achievement Award.