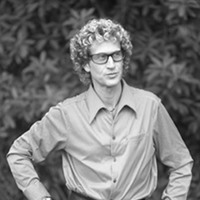 Jimmy Steinfeldt is a self-taught photographer who has only to look through the camera lens for inspiration. His unique photographic style conveys the personality of his subjects while also conveying their story. Steinfeldt’s Elusive Studies is his base of operations and has become a haven for music, film and television artists. In 1998 and again in 2007, industry players recognized his work and named him Phoenix Photographer of the Year at the Los Angeles Music Awards.