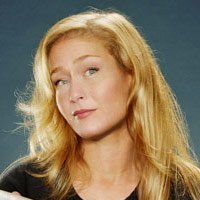 Jill Greenberg‘s work has been seen in such publications such as Harper’s and The New Yorker and served as covers for Time and Wired. Greenberg’s newest set of photographs is “Glass Ceiling,” featuring members of the United States Olympic Synchronized Swim Team in the reasonable setting of a pool but with the unreasonable addition of high heels. These images focus on the interrelated themes of femininity, the marketplace and the uncomfortable implications of a world in which the former remains a commodity to be sold within the latter.