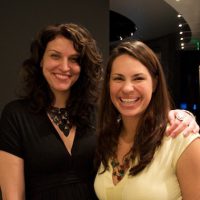 Jessica Mendoza has been a member of the US Women’s National Softball Team since 2001 and was a key member of the silver medal-winning team at the 2008 Summer Olympic Games and the gold medal-winning team at the 2004 Summer Olympic Games. In July 2007, the U.S. team went undefeated, taking home its sixth consecutive Pan American gold medal. Mendoza was recently elected President of the Women’s Sports Foundation, an organization that inspires young girls to compete in sports and encourages fair play among both boys and girls.

Marla Rutherford has worked in both the fine art and commercial worlds. Her fine art prints have been displayed in galleries around the world, including Arles, Paris, Milan, Beijing, Lausanne, New York, Washington D.C. and Los Angeles. Currently, her work is in the traveling museum exhibition Regeneration: 50 Photographers of Tomorrow. Recent exhibitions include being one of twelve photographers in the Discovery Award exhibition hall of the Rencontres d’Arles photo festival in France, one of eleven photographers in the USA Network’s “Characters Welcome” project and a solo exhibition in Luxembourg at Galerie ClaireFontaine. She currently shoots for Entertainment Weekly, ESPN Magazine, Los Angeles Magazine, Time, People and USA Network, among others.