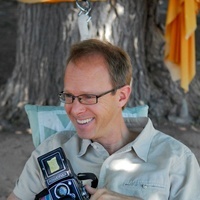 Between 1964 and 1973, in an offshoot of the Vietnam War, the U.S. military dumped 4 billion pounds of explosives on Laos, making it the most heavily bombed place on earth. Up to 30 percent of those bombs did not detonate, and they remain in the Laotian soil today as UXO – unexpldoed ordnance – contaminating more than 35,000 square miles of the country. Laotian land remains littered with 40-year-old American bombs. And now, depsite years of bomb-clearance work, evidence suggests that the UXO accident rate actually is rising. Precise numbers do not exist but experts, victims and witnesses all say explosions frequently occur as a growing population clears more land for farming and development. As villagers clear new land for planteing, the clearning fires cause buried bombs to explode. Also, as metal becomes more valuable amid an international shortage, villagers gamble their lives on the chance to dig up valuable bomb scrap. Sometimes they find whole bombs. The Laotian government’s admittedly incomplete statistics say that at least one person dies every day from a UXO accident. Photojournalist Jerry Redfern has specialized in stories from the Southeast Asia for the last dozen years. He has visited Laos repeatedly over the last five years to document the continuing UXO problems. He divides his year between work in Southeast Asia and his home in New Mexico.