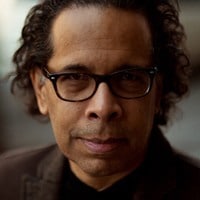 Jeffrey Scales began taking photographs of the Black Panthers and other political activists of the 1960’s at the age of 13. One year later, his work appeared Time magazine. In 1979, he was recruited to be the photo editor of LA Weekly.

Scales’ photographs have been exhibited at museums throughout the United States and Europe as well as the permanent collections of MoMA, The George Eastman House and The Baltimore Museum of Art. His work has appeared in numerous photography magazines, books and anthologies.