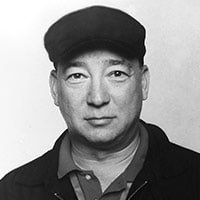 James K. Colton is currently the photography editor for Sports Illustrated. He began his career in 1972 as a color picture editor for the Associated Press. Five years later, he joined Newsweek as Senior Photo Editor for International News. In 1988, he became Executive Vice-President and General Manager of Sipa Press in New York, before returning to Newsweek in 1992 as the Director of Photography.

Colton is on the Board of Directors of the Eddie Adams Workshop and is a mentor for J Camp, a national program that recruits talented high school students, sponsored by the Asian American Journalists Association. He was presented with the “Golden Career Award” at FOTOfusion 2004 by the Palm Beach Photographic Centre, was the Jury Chairman for the World Press Photo contest in 2005, received an International Photography Awards “Lucie” for Picture Editor of the Year in 2007, was named Magazine Picture Editor of the Year in 2008 by the National Press Photographers Association and has been acknowledged as one of the 100 most important people in photography by American Photo.