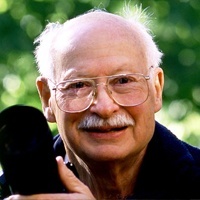 From 1962 to 1994, James P. Blair served as a staff photographer for National Geographic. He has had 47 stories published and over 2000 pictures printed in the magazine, including major coverage of Yugoslavia, Czechoslovakia, Ethiopia, West Africa, Iran, Greece and the United States.