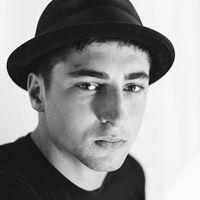 Jacob Jonas is a choreographer and director. He was introduced to the art of dance at 13 by the Calypso Tumblers, a street-performing group on the Venice Beach boardwalk and went on to perform with them around the world. After receiving several awards for his independent work, including RAW Performing Artist of the Year (2012) and Capezio ACE Award (2013), Jacob was mentored by Donald Byrd, a Bessie award winner and Artistic Director of Spectrum Dance Theater in Seattle, WA. Jonas’ works have been performed throughout North America, including the Wallis Annenberg Center for the Performing Arts in Beverly Hills, The Kennedy Center, the Ford Theatres presented by The Music Center, and Jacob’s Pillow Inside/Out. He was named “Best New Force in L.A Dance” for 2016 by LA Weekly, and “30 Under 30: The remarkable young people changing the L.A. Jewish community” by Jewish Journal in 2017. Jonas was an invited participant to the 2017 annual Arts Summit, hosted by the Kennedy Center and Yo Yo Ma, for his arts advocacy and his innovative way of connecting dance and social media platforms. He has worked in advertising and fashion for a variety of clients, including Nike, James Perse, Acura, Vidal Sassoon, and the Getty Museum. Jacob Jonas founded his company in 2014 and works to bring dance to a wider audience through collaboration, technology, education, and performance.