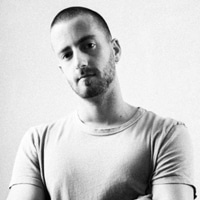 Specializing in intimate portraiture, Jack McKain is known for his cinematic yet candid photographs of musicians. Whether shooting icons like Common, John Mayer, and Seal, or newer artists such as Sampha, Willow Smith, A$AP Ferg, and Leon Bridges, his focus is directed toward the humanity in his subjects rather than their celebrity status. His work is brimming with raw emotion.

A native of Fairfax, Virginia, McKain studied advertising at VCU in Richmond before traveling the world for four years with little more than a backpack. During this time, he honed his photography skills while connecting with creatives of all disciplines along the way. In 2015, he designed and published Modern Hieroglyphics, a top-shelf magazine that spotlighted artists from around the globe and sought to illuminate the raison d’être behind their work. In September 2017, he released his first photo book, Clin D’oeil. This marks McKain’s second major artistic project, and features intimate portraits of the most-promising young names in the music industry – singers, hip-hop artists, producers, DJs, and musical innovators.

McKain divides his time between New York and Los Angeles, and his studio is located in Downtown L.A.’s Fashion District.