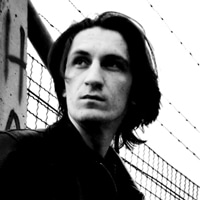 A filmmaker by trade, Harun Mehmedinovic took up photography as a hobby during his road trips across America. Years later, his project Bloodhoney* became one of the most successful Kickstarter photography campaigns of all time. He is a regular contributor to BBC Earth, and has contributed photographs to Vogue Italia, National Geographic, and Blindfold Magazine. Mehmedinovic’s work has been featured by Wired Magazine, LA Times, NPR, LA Weekly, Vice, Washington Post andThe Boston Globe, and they have also been a subject of a TEDx Talk. Mehmedinovic is the author of two books, Seance and Persona, and his astrophotography timelapse videos have been used at various events, most notably by The Rolling Stones on their ZIP CODE tour in 2015.