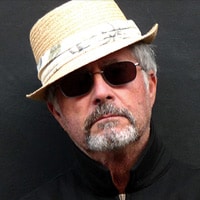 One of the early innovators of rock and roll photography, Guy Webster has spanned the worlds of music, film and politics in his 50-year career. His hundreds of album covers have included the Rolling Stones, the Mamas and the Papas, the Beach Boys, the Doors and Simon & Garfunkel.

Webster was the photographer for the infamous Monterey Pop Concert, and his images were used for the festival booklet and include concert photos of Janis Joplin, Jimi Hendrix, The Who and many others. He has photographed film legends such as Rita Hayworth, Dean Martin and Bob Hope, as well as countless luminaries and celebrities including Igor Stravinsky, Allen Ginsburg and Truman Capote for hundreds of worldwide magazines.